Sigma Tau Gamma Fraternity (ΣTΓ) also called “Sig Tau” is a U.S. college social fraternity founded on June 28, 1920 at University of Central Missouri (then known as Central Missouri State Teachers College). The fraternity was born out of the desires and aspirations of seventeen men in the belief that all men are social creatures and that friendships of college men are lasting ones. It rose as a result of friendships made while in the service of their country during World War I in France. By dedicating themselves to the highest ideals of manhood, brotherhood and citizenship, they would inspire thousands of men from all parts of the country who would follow in their footsteps. For more information, visit the Sig Tau website. 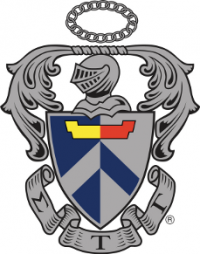