During the fall of 1985, Baltazar Mendoza-Madrigal began to explore the idea of establishing a Latino-based fraternity at the University of Iowa. Having seen the impact organizations like Phi Beta Sigma Fraternity had on their constituency, Mendoza-Madrigal knew something similar could be done for the Latino interest. Without knowing the impact he would have 27 years down the road, Baltazar starting doing research on this possibility.

“The Latino community was divided among several social groups at the time,” said Mendoza-Madrigal. The enthusiasm in favor of establishing a social fraternity that could help in unifying the community was so great that word started to spread quickly across the University of Iowa campus. Everyone knew that something great was about to take place. After much planning, the ideology and philosophy of this new organization were finalized on April 4th, 1986. Henceforth, this day is recognized as the official founding date of Sigma Lambda Beta International Fraternity at The University of Iowa.

After 27 years, our Fraternity has grown to over 100 collegiate entities spanning across 29 states from Coast to Coast. Moreover, our membership has expanded beyond our Hispanic-Latino origins making us one of the most culturally diverse Greek lettered organizations. For more information, visit the Beta website. 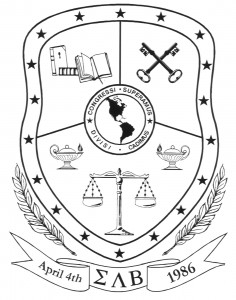